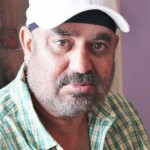 MSD needs to be fearless

The chairman of national selection committee Sandeep Patil with Team Director Ravi Shastri need to assure Dhoni of their support and keep the faith in him. In fact, the selectors should take a bold, proactive step in appointing Dhoni captain for the World T20 right now. This will go a long way to get rid of the demons in Dhoni’s mind which are coming in the way of performing and leading from the front.

ICC, show no Mercy to Chucker’s.

The credibility of the ICC is at stake and the cricketing world is watching its moves and intentions closely to see if things will be swept under the carpet or whether the international body means business.
I fail to understand, why it took so much time for the ICC to come to the conclusion that Saeed Ajmal bends his elbow more than what is allowed by law. Even those with bad eyesight can see the bent elbow.

Blaming captain MS Dhoni for the team’s failure is not fair. If this sounds fair, then all those who failed in the series should have been sacked. He batted well under pressure and got the team to a respectable position on many occasions to make a comeback in the game. Others failed to lift their game and showed no guts as the English bowlers flattened the flat-pitches superstars.

Ishant should have stepped into Zaheer’s shoes by now

A FAST bowler must have the heart of a champion, a strong body to take the workload, a decent action that keeps him injury- free, mental toughness to compete harder when the chips are down and most importantly, enjoy bowling quick.

Sachin Tendulkar was naughty, just like any other kid his age, when he was in school. Vinod Kambli and he would constantly be at each other’s throats – playfully though, and when they were not talking or thinking cricket, they would spend their time playing pranks on their teammates. Even today, when the two of them meet in the dressing room or elsewhere, there is constant banter between the two. They behave like two teenagers and keep pulling each other’s legs, oblivious of the attention they get from the others around them. Read More...
Books

Acknowledgements
My grateful thanks to Sachin Tendulkar for taking out time from his hectic schedule in South Africa to write the foreword for this book; that too at short notice. Thanks also to Austin Coutinho for agreeing to collaborate with me .... 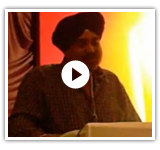 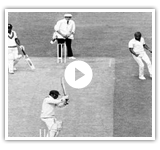 "Chris Cairns vows to fight perjury charge, the former New Zealand cricketer Chris Cairns vowed yesterday to clear his name shortly before British prosecutors confirmed they would charge him with perjury over match- fixing allegations. Former all- rounder Cairns has acknowledged previously that he is under investigation by British authorities for alleged fixing, but vehemently denied any wrong- doing. "

"Hansie Cronje and Lou Vincent were man enough to confess their wrong doing and match fixing was a big mistake, there are cricketers with dead conscience are capable of hiding a biggest crime but than one need guts to admit one’s fault."

‘Accept The Responsibility’
Most sportsmen want to perform at the best and desire to win the game. Most top performers advocate to win the mind game first and this is reinforced by choosing to accept the responsibility. Standing up and be counted will go a long way to get the best out of you. Since, what …

"The way a team plays as a whole determines its success. You may have the greatest bunch of individual stars in the world, but if they don't play together, the club won't be worth a dime." Babe Ruth quotes (American baseball player)